This past week as been a speeding dramatic from traveling far distances across the land of Ireland. First we went to the Aran Islands & Cliffs of Moher, and now we are leaving Galway and Cork and heading to Waterford. I have enjoyed this experience everyday and hope to keep it going throughout the trip to Waterford. During our switching of cities we were able to feel the shift of atmosphere within the people and weather, because Cork is known for its history and shops around bridges and living on a marsh.
Posted by William Harper at 2:31 PM 1 comment:

Day 3 we took a trip to Belfast in Northern Ireland to experience life in Ireland under the British rule. While we were there we took a tour of the city hall and saw the peace wall of Ireland. The peace wall had beautiful street art that is used to tell the stories of Ireland's political history.

Posted by William Harper at 8:12 AM No comments:

Email ThisBlogThis!Share to TwitterShare to FacebookShare to Pinterest
Day 2 of the study abroad trip we went to the Guinness factory and storehouse to see the pub culture of Ireland and how the famous Guinness is brewed and consumed by a popular opinion. Inside the business we were able to see how a culture can use the popular consumer opinion to create a company that invest in their own small businesses to increase their economy.

after the business part of the Guinness factory we went to the gravity bar and got a free Guinness and earned a certificate for the proper pour of a pint Guinness.

Posted by William Harper at 7:57 AM No comments:

On our first day of Studying Abroad in Dublin, Ireland my worldview on other cultures have expanded from the lifestyle and pub culture. In our first 8 hours after landing we visited most of the places we would be seeing today and ate foods geared that are non common in our home land. Their castle monuments are closely met to their citizens history. Its surprising to see how many people know their home country's history. 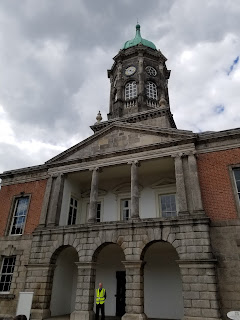 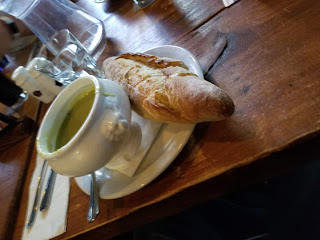 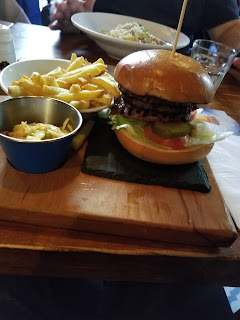 Posted by William Harper at 9:50 PM No comments:

Globalization by definition is "the process by which businesses or other organizations develop international influence or start operating on an international scale." (Wikipedia) To summarize this is to say that economic globalization is where countries come together to operate and market under one big global economy. A good example of this is the EU, because country's operate together under specific taxes and rules based on under one organization. Looking at globalization while we travel to Ireland will explain a lot of the products we will see and how it effects the Economy.
Currently Ireland is the #2 globalized country in the world. How Ireland became the #2 globalized economy came with many reasons. The first is the location, Ireland is almost dead center between all the major nations of Europe, Asia, and America. The next reason is that if you take a look at the population of Ireland in the 1800's compared to today's time you would notice the population dropped unexpectedly. The main concept behind this is migration, selling of "adopted" children, and the Irish diaspora. A third reason for their globalization is their language of English, which is one of the most used languages in the world. Globalization is looked as a positive and negative impacted on the economy and thus, used differently compared to nations. Ireland is a great example of the use of globalization because of the ease of access they have to have it, whereas other nations that are excluded might find it difficult to be under a globalized world.
Posted by William Harper at 4:51 PM No comments:

Before taking this opportunity to study abroad inside the country of Ireland, we have to take a look on the impact foreign country's have on Ireland with a focus of the US. This first post is based on the stereo-types of Americans

The typical American stereo-type in foreign lands focuses on Americans being rude, over-working, and not respectful to other cultures. One of the main stereo-typically American types is being over worked. In foreign countries (mainly the Western hemisphere) it is known that the typical worker does not exceed 35 hours of work a week and have plenty of breaks in-between their work life. They are shocked whenever they see people workers from America exceed over 40 hour work week limitations including overtime and shorten/no breaks. The other stereo-typical American is that they are considered rude. The explanation of American rudeness is based from the other stereo type that they do not respect foreign cultures. It is commonly known that Americans tend to believe they're country is the custom everywhere, which is wrong. So, it would be helpful when we attend our destination to try and show the foreign country we are attending that we are respectful and want to learn more about their culture.
Posted by William Harper at 8:01 AM 2 comments: